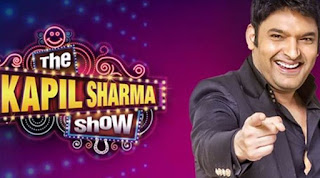 The Kapil Sharma Show is an Indian Hindi stand-up comedy and talk show broadcast by Sony Entertainment Television. Hosted by Kapil Sharma, the first season of the show had its premiere on 23 April 2016.


The series revolved around Kapil Sharma and his neighbours in the Shantivan Non-Co-operative Housing Society. The filming of the show took place at Film City situated in Goregaon East, Mumbai.
The first season of the show was produced by Kapil Sharma’s production house K9 Films in association with Frames Productions while the second season is being jointly produced by Salman Khan Television and Banijay Asia with K9 Films and TEAM (Triumbh Entertainment and Media) as the creative producers.
The much awaited show has started again with a bang. It is a total laugh riot. Kapil sharma rocks as ever. New entries to the show like Bharti, Krushna Abhishek are likely to add to the fun ride along with Kiku Sharda, Chandan Prabhakar and Sumona Chakravarti.
Rochelle Rao confirmed that she will also be there in the show but in the first episode she was not present. Sunil Grover will also probably join Kapil Sharma once he is done with his film shoots as indicated by both Kapil and Sunil in their recent interviews.

The first episode of the Show was good. The best part of the show was Chandan mocking kapil for not being able to marry Deepika Padukone. Ranveer Singh added to the charm of the show.